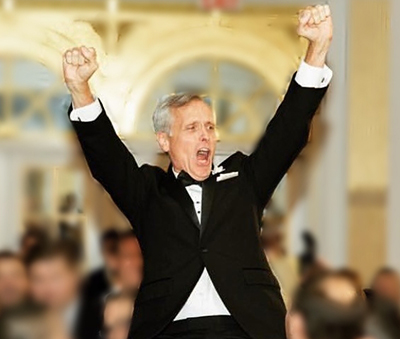 High Point resident Tom Powell feels extra blessed this holiday season. In September, Powell, 65, was scheduled to have shoulder surgery to correct routine wear and tear issues. Part of his preoperative work included a chest x-ray, which indicated a small mass atop his left lung.

After this finding, and belief that Powell had an early stage lung cancer, his care quickly shifted from orthopaedic care to oncology care at Hayworth Cancer Center at Wake Forest Baptist Health – High Point Medical Center.

Powell is a lifelong nonsmoker and physically active.

Due to the early stage of his cancer, Powell did not have to undergo radiation or chemotherapy. His treatment included a minimally invasive robotic lobectomy – surgical removal of a section of his lung – at Hayworth Cancer Center.

“Smoking cigarettes is certainly the leading cause of lung cancer, but this cancer isn’t just confined to those who are past or present smokers; it can affect anyone,” said Robert Ferguson, D.O., Powell’s physician and a thoracic surgeon at High Point Medical Center. “It’s important to be aware of the additional risk factors, symptoms and preventive screening measures of lung cancer. Unfortunately, patients aren’t always as lucky as Mr. Powell was – when lung cancer is found at an early stage and before it has spread, chances of success are much higher.”

Lung cancer is the second most common cancer in both men and women in the U.S. It’s also the leading cause of death from cancer, according to the American Cancer Society.

“I can’t stress enough the importance of being proactive about your health,” Powell said. “I was truly blessed by divine intervention to learn about my cancer. I’ve never smoked, I’ve always been active but understand that bad luck happens, but it’s important how you react to those situations. I’ve really kept the faith and my hope throughout this process. I am so thankful I stayed local in High Point and received my care at Hayworth Cancer Center. I work in the furniture industry and 10 days after my lung surgery, I was leading 45-minute Zoom calls of 75 people, multiple times a day, during the High Point Furniture Market. I’m just forever grateful.”

Powell has been given a promising prognosis from Ferguson and will continue to be routinely monitored and screened. He successfully underwent his postponed shoulder surgery on Wednesday, Nov. 4.

Those interested in learning more about lung cancer screenings at Wake Forest Baptist can call 336-713-LUNG.