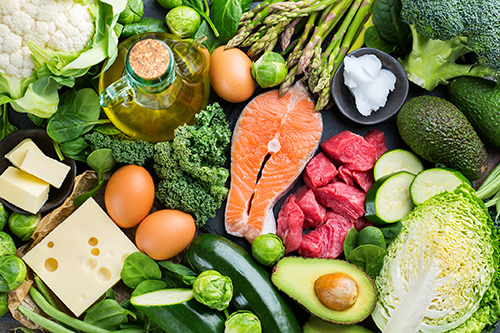 Specific fungi in the gut associated with a higher risk of Alzheimer's disease and found in people with mild cognitive impairment (MCI) can be altered in a beneficial manner by eating a modified Mediterranean diet, researchers at Wake Forest School of Medicine have found.

The small study is published in the current online edition of the journal EBioMedicine.

“Our study reveals that unique fungi co-living with bacteria in the gut of patients with MCI can be modulated through a Mediterranean ketogenic diet,” said principal investigator Hariom Yadav, assistant professor of molecular medicine at Wake Forest School of Medicine, part of Wake Forest Baptist Health.

In the single-center, randomized, double-blind crossover pilot study, Yadav’s team identified the organisms in the gut microbiome by sequencing the fungal rRNA ITS1 gene in 17 older adults (11 with diagnosed MCI and six with normal cognition) before and after a six-week intervention of a modified Mediterranean ketogenic diet or the American Heart Association Diet to determine its correlation with Alzheimer’s markers in cerebrospinal fluid and gut bacteria.

“Although we do not fully understand how these fungi contribute to Alzheimer’s disease, this is the first study of its kind to reveal their role in our mental health, which we hope will ignite thinking in the scientific community to develop better understanding of them in relation to Alzheimer’s disease," Yadav said. "It also indicates that dietary habits such as eating a ketogenic diet can reduce harmful fungi in the gut which might help in reducing Alzheimer’s disease processes in the brain."