Medical staff at Wake Forest Baptist Medical Center received the call in the middle of the night. 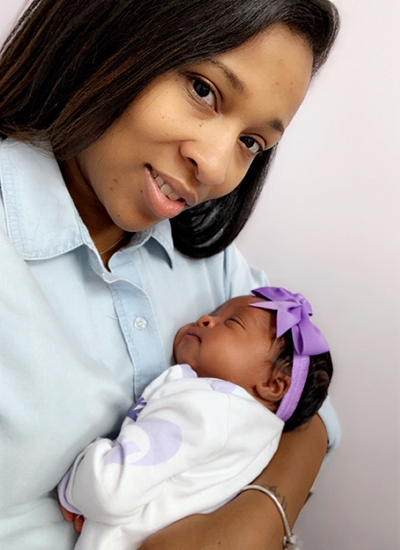 Twenty-nine-year-old Catawba County resident Brittany Little, eight months pregnant with her third child, was critically ill. She had suffered a spontaneous coronary artery dissection, a type of heart attack that occurs when the lining of the artery starts to tear and unravel.

Cardiologists at a hospital in Hickory performed emergency stenting of the left main coronary artery but Little had cardiac arrest during the intervention and the decision was made to send her to Wake Forest Baptist for advanced care.

“We immediately consulted with our labor and delivery colleagues right here at Wake Forest Baptist and started preparing for her arrival, in case we needed to do an emergency delivery,” said Michael A. Kutcher, M.D., professor of cardiovascular medicine at Wake Forest Baptist Health. “About two-thirds of her heart muscle had been jeopardized which created a lethal condition.”

As soon as Little arrived in Wake Forest Baptist’s Cardiovascular ICU, her cardiac condition was stabilized and obstetrics nurses monitored her unborn child’s heart around the clock.
“We knew we had two lives in our hands – mother and baby – and both had just gone through a heart attack and cardiac arrest,” Kutcher said.

He and a team of cardiology and high-risk pregnancy experts from The Birth Center at Wake Forest Baptist, led by Phillip Heine, M.D., chair of obstetrics and gynecology, met regularly over the next few days to determine the best course of action.

According to the physicians who cared for Little, her condition was extremely rare.

“The entire team of providers knew that the stress of Brittany’s pregnancy was making it difficult for her damaged heart to recover, so we felt electively delivering her baby was the best option,” Kutcher said.

The team consensus was that the safest and most effective way would be to perform a cesarean section in the hybrid cardiac catheterization lab. The lab combines the surgical functions and sterility of an operating room with the ability to perform advanced cardiac intervention if the mother had cardiac arrest during the delivery.

The risks and benefits of this option were discussed extensively with Little and members of her family and they agreed. 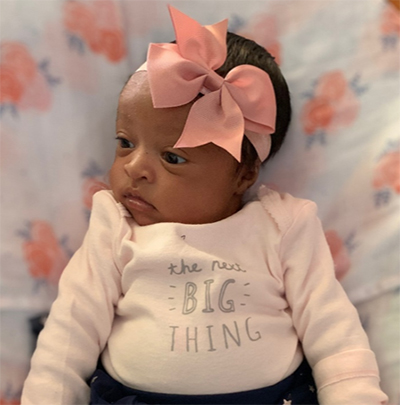 An interdepartmental team of experts from cardiology, obstetrics and anesthesiology met the day before the delivery to discuss the strategy and to plan on any contingency.

On Nov. 8, Little safely gave birth to a healthy baby girl, Nova, under the intervention and watchful protection of the interdepartmental team. Fortunately, there were no major cardiac events for either the mother or the child.

“Everyone on the team involved me and my family every step of the way and I am amazed at how everything came together and fit like pieces in a puzzle,” Little said. “There were a lot of people in that room to make sure Nova and I were safe and made it out alive and I will never forget how well everyone worked together.”

While Nova is not the first baby to be delivered in the hybrid cath lab, Kutcher said, “hearing a newborn baby cry was such a wonderful sound that cardiologists do not often get to hear. I am sure that everyone involved will remember this moment for a long time. It was very special to be part of a team that helped bring a new life into the world, safely, under dire circumstances.”

Today, both mother and daughter are back home and doing fine.