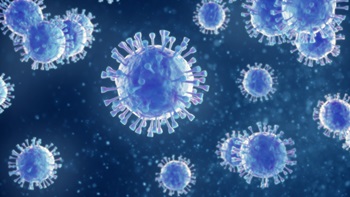 A discovery made several years ago in a lab researching asthma at Wake Forest School of Medicine may now have implications for the treatment of amyotrophic lateral sclerosis (ALS), a disease with no known cure and only two FDA-approved drugs to treat its progression and severity.

A study published in the current edition of the journal Neurology Neuroimmunology & Neuroinflammation showed that ALS patients with a commonly inherited genetic variation or polymorphism in the interleukin 6 (IL6) receptor gene may experience more severe symptoms and faster progression of the disease.

This relationship was first identified in asthma patients in 2012 by Gregory A. Hawkins, PhD, and co-workers at Wake Forest School of Medicine, part of Wake Forest Baptist Health. He found that people who had asthma and this inherited trait got more severe asthma than those who didn’t.

“We knew that interlukin 6 had many functions in the lung, as shown in asthma, but also in muscle and nerves, all three of which are affected in ALS,” said Carol Milligan, PhD, professor of neurobiology and anatomy at Wake Forest School of Medicine and senior author of the study. “Therefore we wondered if what they found in asthma may also have a role in ALS patients or maybe explain why the disease progressed faster in some patients but not others.”

ALS, also known as Lou Gehrig’s disease, is a disease that causes the death of neurons that control voluntary muscles. As voluntary muscle action is progressively affected, people may lose the ability to speak, eat, move and breathe.

To further an understanding of the factors that influence ALS progression and severity, Milligan and her team conducted an observational, case-controlled retrospective study of two groups of people.

The researchers examined blood and spinal fluid samples, provided by the Northeastern ALS Consortium Biofluid Repository, from 47 participants with ALS and 46 healthy people. Results confirmed that samples from people with ALS who had the variation in the IL6 receptor gene accounted for increased levels of IL6 in blood and spinal fluid compared to the control groups.

To examine if presence of the variation in the IL6 receptor gene might affect disease progression, the investigators examined a second group of 35 patients from the Wake Forest Baptist ALS Center Biorepository that included clinical data collected within a year of symptom onset. The researchers compared the progression of the disease between those who had the polymorphism and those who didn’t. In those with the genetic variation, the disease progressed faster.

“This study is the first to show that this polymorphism may modify the course of ALS,” Milligan said. “We hope that our findings may provide a target for a new treatment and lay the groundwork for future clinical trials.”

Support for the study was provided by Hope for Tomorrow, a gift in the memory of Murray Sherman, the Wake Forest Baptist Health Brian White Fund and the Tab A. Williams Funds at Wake Forest School of Medicine.